Oh the dreaded “We need to talk.” No one wants to hear what comes after this terrifying sentence. It’s never pretty and these arguments have the potential to ruin relationships (especially if overused). Instead of these types of conversations, learn a better way of handling conflict. In this article, we talk about how to clear up issues so fights and discussions aren’t needed in the first place.

Below is the podcast version of this article. Subscribe to the Podcast by opening your favorite podcast app and typing “Balanced Working Moms” into the search or click here for a link to the podcast on iTunes.

Before my husband and I got married, we were talking with an elderly Rabbi.

He told us that every fight we had would be like a brick. And the bricks would pile up until eventually there would be a wall between us.

Picture it as each person is on either side of the wall.

Once the wall gets too high, your relationship will be trouble.

The moral of the story was to create as few bricks as possible.

His advice was essentially not to fight because a remnant of that fight would always be there, creating negativity around the relationship.

I think of the Rabbi’s advice all the time, even though he’s long since passed away and we’ve been married a while.

His advice applies to all relationships, not only to couples.

It applies to your Mom. Your children. Your coworkers. Your friends.

Every time there’s a fight, a bit of your relationship degrades and it’s not the same as it was.

Before we go further, let’s define what it means to have a fight. Because in my mind, it’s not necessarily a screaming match.

A fight can be as simple as criticism. And if you have teens or tweens, you know how easily anything can be taken as criticism.

A fight can also be when you tell your spouse “We need to talk.”

Use these conversations carefully. Because if you do them too often, or if they go south, they’re just another brick between the two of you.

I therefore define a brick as any negative interaction. It’s not really a fight where people are angry at each other. For this article, we’ll label it as any negative discussion that feels heavy and people generally don’t want to have this type of discussion.

What We’re Supposed To Do

Here’s where we’re going to step away from the “experts.” I’ve taken so many communication courses where they teach you how to have positive conversations when you’re essentially telling someone you’re not happy with them.

Here are some methods you may have heard of.

This is when you put the negative in between two positives. This is used a lot in performance reviews. For example, “You’re a great employee. Stop coming to work late. You’re a fabulous employee.”

I don’t know who people think they’re fooling, but after someone hears this technique just once, they’re waiting for the other shoe to drop.

They often don’t even hear the positive because they’re tensely waiting for the bologna in the sandwich. They don’t care about the bread. They want to hear what they did wrong.

I think this is a great way to communicate when you have to have one of these conversations.

With an I-message, you say how you feel instead of accusing the other person of doing something.

Here’s an example of an I-message you may say to your husband.

“I feel exhausted from doing so much and would love if you could help with the laundry” instead of “You never do anything around the house except play video games.”

But do you see how even an I-message, which is one of the best ways I know of for resolving disagreements, still has a smidge of brick to it?

And if you’ve said this 1,000 times, the tone of your voice is going to sound like a pretty heavy brick.

Here’s what no one I’ve ever seen teaches and I’d LOVE for you to learn.

Instead of communicating in a nice way to say you’re upset with someone, what if instead, you fix the problem?

Let’s take the laundry. I’ll give you a real-life example.

My husband has taken the job of washing our sheets.

But some weeks he wouldn’t get to it.

And I’d get upset.

But instead, I didn’t create a brick at all — I just resolved the problem.

Here’s how I did it.

See how I resolved the problem without criticism and without having a discussion?

It’s so simple and yet incredibly effective. And best of all, no bricks are created.

Here’s another example where you can fix the problem instead of arguing about something.

Let’s say your Mom always calls you at work, during the worst time. You get aggravated since you’re trying to work and she wants to chat.

Instead of having a discussion with your Mom, who may be very sensitive, what instead you wait till you’re talking to your Mom at the perfect time and the conversation is so much fun. You casually say to her, “Mom, talking with you now is such a great time for me. Is this a good time for you? If yes, let’s put this on our calendars to do this every Sunday at 8.”

Now, you’ll have to tailor this to the person. And sometimes this solution wouldn’t work.

But you see how it’s win-win?

You didn’t need to have a big discussion, telling your Mom she shouldn’t call and interrupt you. That may not end well, no matter how skillful are, and it could create a brick.

Instead, come up with a solution, implement it, and you’re good to go.

I was going to end here but let’s do a bonus example of a situation that’s completely different just to make sure you understand how to use this in different areas of your life.

For your bonus example, let’s use our kids because they always make great examples when it comes to discussing conflict. LOL.

In my family, I get upset when my kids are on the Internet for too long.

I was always fussing at them to get off and it was creating tension in the family and lots and lots of bricks.

It was time to fix the problem.

Instead of fussing at them every Sunday, we fixed the problem by creating a rule in our router that turns off the internet between 1-4pm.

It’s done automatically and we can manually override it, but it ends the discussion. Now the kids know that the Internet will be off during those times and there’s very little arguing.

Sure, the first Sunday we implemented it, it was a brick. The kids weren’t happy.

But now there isn’t a brick every Sunday like there had been.

But in this example, I created a rule for my family that eliminated the need to discuss and beg (and argue) every week.

When do I Recommend a Discussion?

I wanted to throw one last thing.

You may be wondering when I recommend that a discussion take place.

If there is a major issue that bothers you then I recommend a discussion. Have a discussion if it’s worth the brick. Or if it’s creating a brick by NOT discussing it.

For example, I once had a very serious discussion with my husband because I felt like I was doing more than my share of the household chores.

It was a difficult discussion and it was necessary because I was filled with resentment. It wasn’t the type of thing we could resolve without discussion and NOT discussing it was causing an issue with our relationship.

This is the perfect example of something to discuss that you shouldn’t avoid.

When something big is going on and a discussion is needed, yes, pull out your communication resources and have that discussion. Make it as kind and loving as possible.

But if you can avoid the heavy conversation and get the problem resolved, it’ll be so much better.

You won’t be building bricks between you and the other person. And you won’t be taking a risk that the conversation may go south.

Fixing the problem is a very powerful technique that isn’t discussed (that I’ve ever seen, at least).

It’s a win-win solution that’ll help you in all your relationships.

Wishing you lots of success in this. And I hope you enjoy the peace it brings you and your family. 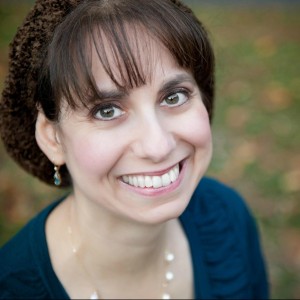